An aging, Capra-esque motion picture director named Frank Bailey tries to direct his last movie prior to retiring, an excellent, old-fashioned Christmas film implied to touch the heart. Returning to the set, his re-hiring of Bailey is followed by a series of ever-escalating Christmas miracles, culminating in an appearance by Mitch Miller and the Pope, and the Soviet Union revealing their switch to democracy, and the film characters (even the director who got fired and the towel-clad actresses playing teen ladies) end in tune. 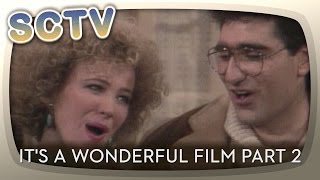